If you're already taking advantage of the wide range of features in OPC Router, you're likely aware that OPC Router is regularly updated to add additional useful features and tools, and to resolve any known issues as part of its continuous improvement process.

In this post, I will cover new features and enhancements available in OPC Router V4.26 including

The industrial software space is an ever-changing environment where solutions must be adaptive and continuously updated to meet the needs of companies and processes in every industry. To that purpose, OPC Router is being constantly adapted to maintain the utmost compatibility for users adopting the latest technologies and to address changes in the market.

Going further than just the list of features you'll find in the release history for OPC Router V4.26, I'd like to cover the key features in a little more detail to help you understand where and how they might benefit you with your Edge connectivity and other OPC Router projects.

If you're not familiar with what "Docker" is, essentially, it's an "image" that contains one or more applications and that image includes all of the code and dependencies required for those applications to run. This allows Docker container instances to run on virtually any host operating system regardless of infrastructure (read more on Docker).

This means you can centrally configure OPC Router on Windows and deploy to edge devices allowing you to put the flexible features of OPC Router right where you need them. And you can deploy them to Docker instances running on any Docker platform hosts including Windows and Linux. 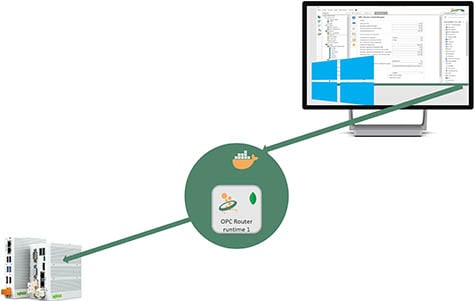 Setting up a Docker instance and deploying OPC Router has been simplified with assisted setup that limits the details you are required to enter - just specify the Docker host address and log-in details and the OPC Router assisted setup handles the rest. Knowing the level of detail our power users like to have access to, though, there is a manual configuration option for more advanced configurations. 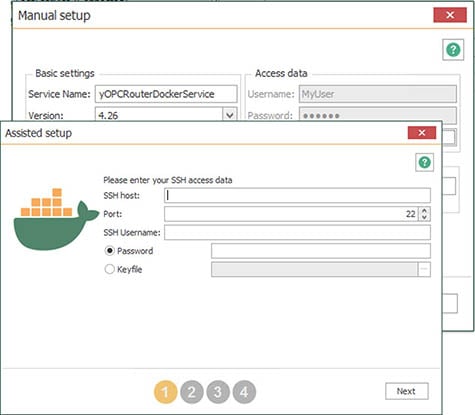 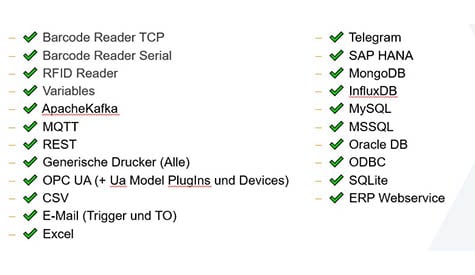 With respect to pricing, for all supported features and plug-ins, the pricing is the same as for an OPC Router Windows instance. You can specify whether you need a Windows version or Docker version when purchasing.

The latest OPC Router also makes it easy to configure and manage multiple OPC Router instances with remote configuration support. This is true for both Windows and Docker instances.

For Windows installs of OPC Router, each instance can be activated/enabled for remote configuration access. With Docker instances, remote access is always active/enabled.

And multiple users can be configured and provided permissions for remote administration of OPC Router instances allowing you to only provide remote access to the users who need it. 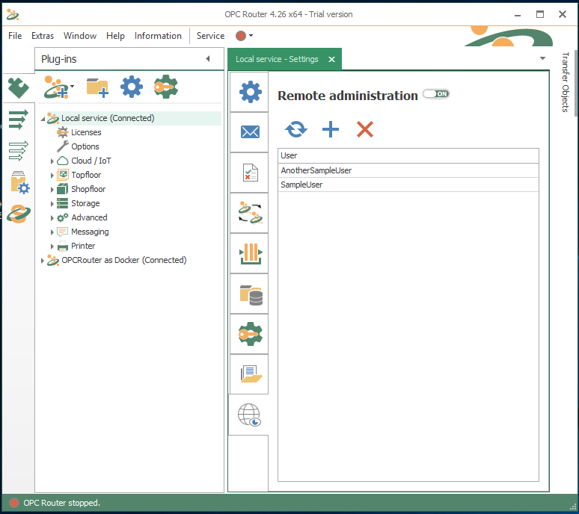 Expanding support for InFluxDB, OPC Router V4.26 now natively supports connections to InFluxDB V2 for both on-premise applications or cloud-based instances. User that have migrated from InFluxDB V1.x can now leverage OPC Router for integrating its wide variety of data sources with the latest InFluxDB. 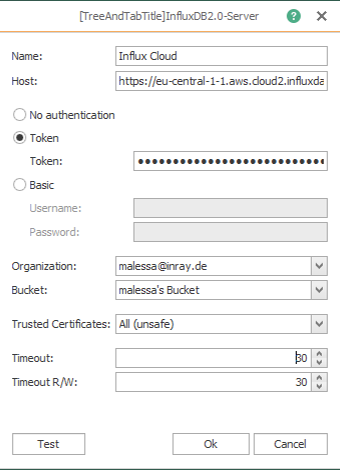 And using the InFluxDB 2 plug-in will feel just like the InFluxDB plug-in that you may already be used to when configuring workflows in OPC Router. (Full details for using OPC Router with InFluxDB 2 here.)

And last but definitely not least, the latest OPC Router adds additional functionality to make it easier when referencing external libraries or dlls. There is now an additional tab in the settings with a centralized reference to any assemblies which is also included within the export file for the OPC Router project (the legacy behavior is also still supported). 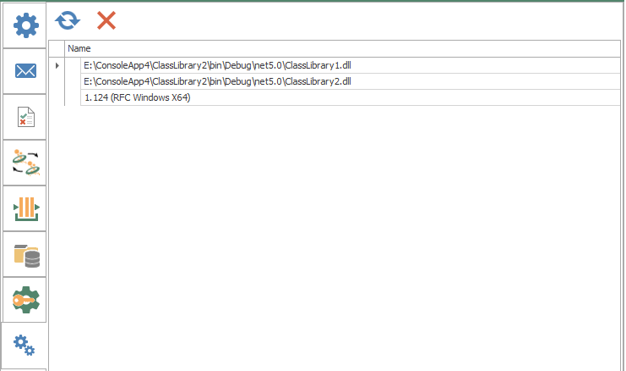 And for library references from the Script Plug-in, assemblies are loaded from the runtime database during runtime now, as opposed to loading from the file system. Also, XML import and export for scripts now includes referenced assemblies. 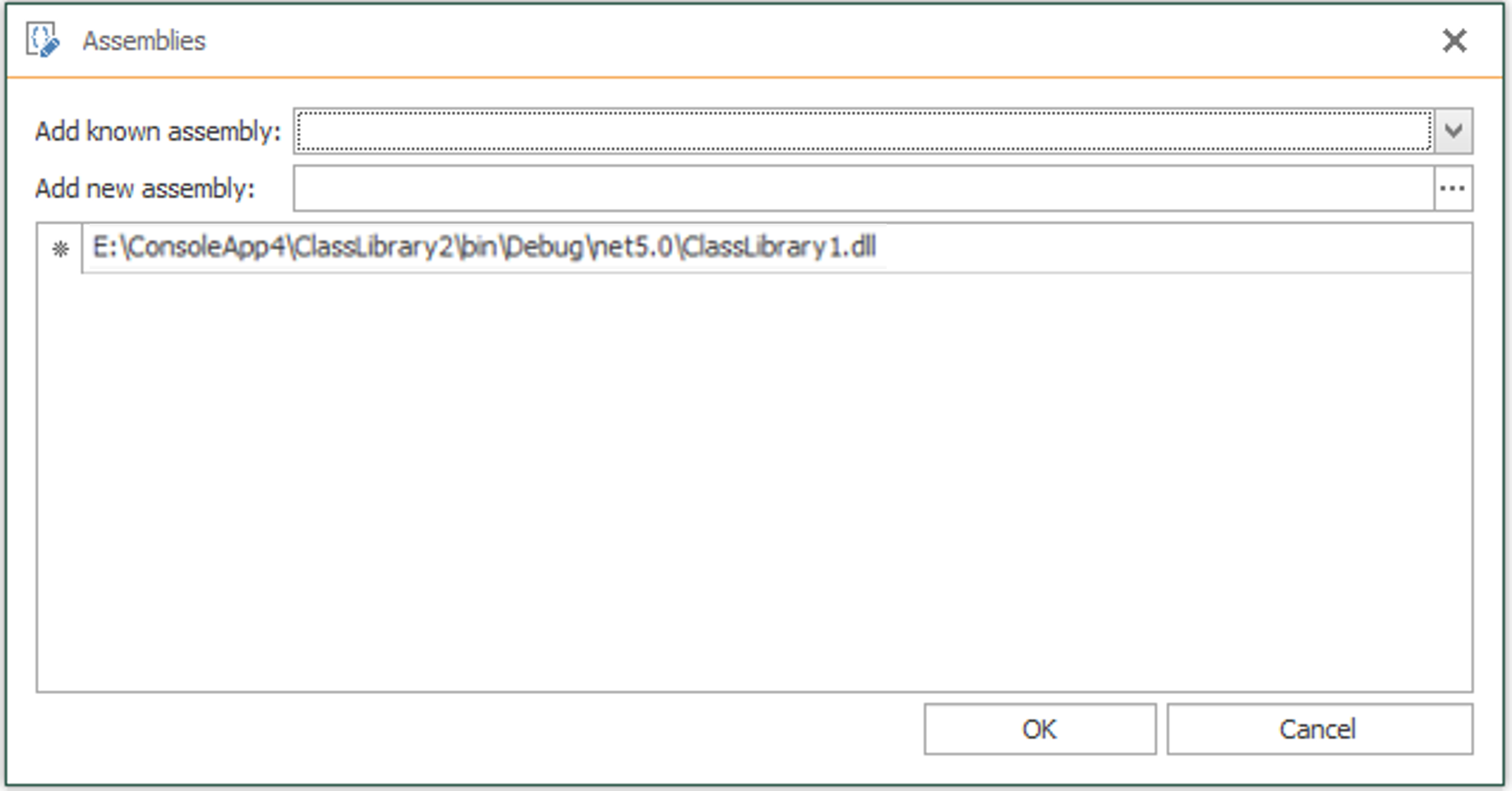 And for users of the SAP Plug-in, it's possible to select a centrally configured SAP Client library, as well as, adding additional libraries. And the library is automatically loaded from the runtime database to the defined path in the target system. 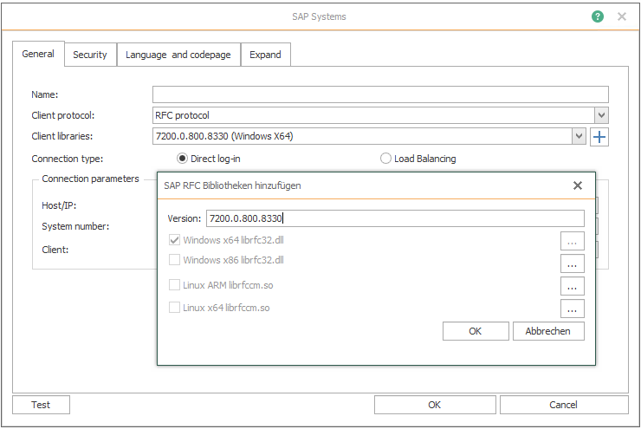 These updates, as always, are aimed at enhancing our experience and expanding functionality when using OPC Router to integrate the variety of data sources and destinations on your projects. Don't forget to subscribe to our blog to find out about the latest updates to OPC Router and for how-to videos and other resources on using OPC Router.

Ready to try these new OPC Router features and enhancements with your own systems?

How MariaDB Compares to MySQL