Key TOP Server for Wonderware V6.8 Features to Be Excited About

You more than likely just received one of my emails recently or possibly heard from a colleague about our latest TOP Server release.  Either way, you'll want to continue reading about the new features in TOP Server V6.8 for Wonderware.

In this post, I'm going to go through some of the key features released in V6.8 in more detail, including the continued focus on the highest level of security, updates for ControlLogix firmware support, enhancements to the Torque Tool Ethernet driver, EFM driver updates, DNP3 updates and more, including how they benefit you as a TOP Server user.

TOP Server Version 6.8 further increases the security of your TOP Server systems and also includes updates to over 20 drivers for continued optimal performance and flexibility for users of those drivers.

For the past several TOP Server releases, the primary focus has been server security. TOP Server V6.7 continues that focus with an update to the latest OpenSSL components and dependencies.

We keep our OpenSSL components current to ensure that your TOP Server implementations using OPC UA or the Config API are always using the highest levels of encryption possible to guard against cyber threats.

The Torque Tool Open protocol used by the Torque Tool Ethernet driver ensures interoperability across the various makes of torque tools such as Atlas Copco, Ingersoll Rand and others.

With V6.8, the Torque Tool Ethernet driver further expands the range of supported MIDs (Message IDs) to now include:

And, for our large user base of Allen-Bradley Logix family controllers, TOP Server V6.8 adds support for the latest Logix firmware, Version 32, to the Allen-Bradley ControlLogix Ethernet driver. 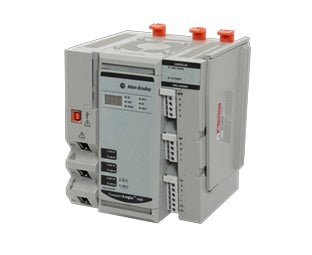 With the latest support for Logix controller models and firmware, keeping your TOP Server current is as important as always.

For our many oil & gas users, TOP Server V6.8 adds several enhancements that you can take advantage of:

The EFM rollback enhancements give the user the flexibility to control how much EFM data for those drivers is requested in a re-poll of a device, which is sometimes necessary when an EFM export was lost for any reason and the data needs to be retrieved again.

And last, but certainly not least, the DNP3 Master Suite drivers (Ethernet and Serial) have been enhanced to allow Control Relay Output Block (CROB) operations using a single tag write.  CROB operations, in case you're not familiar with them, are used with DNP3 RTUs when you need to apply very specific operations to an output (trip/close, pulse, etc).  Now, you may be asking why performing such an operation via a single tag write would be such a big deal. 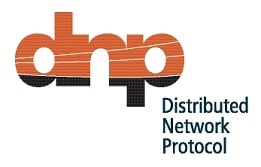 TOP Server DNP3 drivers have always supported CROB operations.  However, prior to V6.8, it has been necessary to write to multiple items to construct the proper attributes of the CROB operation and then perform a final write to trigger the actual send of the required commands and parameters to the DNP3 slave device.

The power of the updated method is in it's inherent simplicity.  It's now possible from a client application to write all of the necessary parameters and trigger a CROB operation with a single tag write.  Both drivers now include a new DNP3 sub-type for Object Group 12 (accessed using Object Group 10 addresses) for Binary Outputs.  For example, a valid address would be 10.0.2.OperateWithParams.

Using sub-type OperateWithParams, it's possible to write a comma-separated string value from a client application that includes all of the necessary parameters for your desired CROB operation and also triggers the write of the operation to the device.  The string is composed of the following parameters, in order:  OnTime, OffTime, OpType, TripCloseCode, Clear, FeedbackDelay.

Any user who regularly needs to use CROB operations will appreciate the time-savings and ease-of-use of this new method for building an operation.  For more details on how to use this new functionality, I encourage you to consult the DNP3 driver help files (Ethernet Driver Help File / Serial Driver Help File) under Address Descriptions (Object Group 12).

The features above and other features not covered here provide added security, expanded device compatibility, ease-of-use and flexibility.  As always, a full list of the other enhancements and features in the release notes that we just don’t have room to cover here is available - click for details.

Want to see TOP Server V6.8 for yourself?  Download the free trial.