Migration to State Based Control Increases Production via OPC UA

If you're unfamiliar with state based control, it's a process automation design that essentially defines that all process facilities should operate in a recognized, definable state with previously defined normal and abnormal conditions with defined actions for each.  State based control is intended to allow company's in virtually any process industry to greatly reduce factors of human error and inconsistency, significantly increasing the efficiency of all processes.

In this blog post, we cover how a large chemicals manufacturer migrated to state based control using OPC UA and increased their efficiency, production levels and profitability as a result.

For over 100 years, a large chemicals producer has led innovation with gases, technology and related services used by many other process industries around the world. As with many other enterprises in the world, a key daily objective is operating at peak efficiency with minimal downtime to maximize production and profitability.

For decades, this manufacturer has operated via a more conventional method of controlling their processes.  For example, the basic process to start a simple pump has typically required over 20 separate operator actions applied in a specific sequence. And it was common for that process to have different procedures depending on which specific operator happened to be working on that shift, with one procedure sometimes being more efficient than others - there was no consistency. 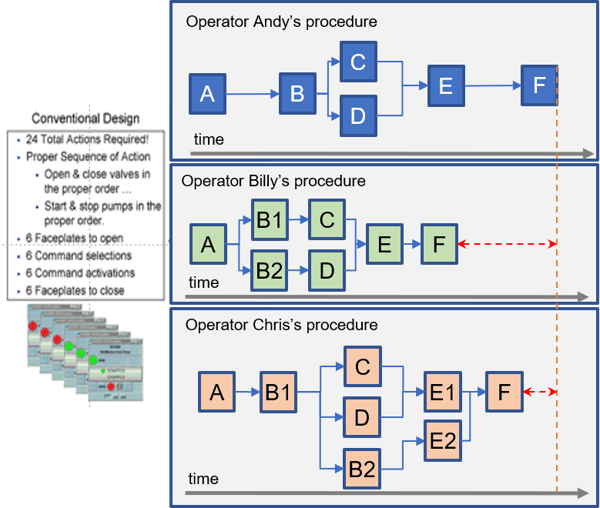 How Does State Based Control Improve a Process?

And so, this led the company’s engineering team, working with one of their trusted integration partners, to explore how they could migrate away from this traditional method of control to a system of state based control, instead.  If you’re not familiar with state based control, it is basically a process automation design based on the concept that all process facilities should operate in recognized, definable “process states” representing a variety of normal and abnormal conditions of that process, with defined actions that should be taken based on a specific state. 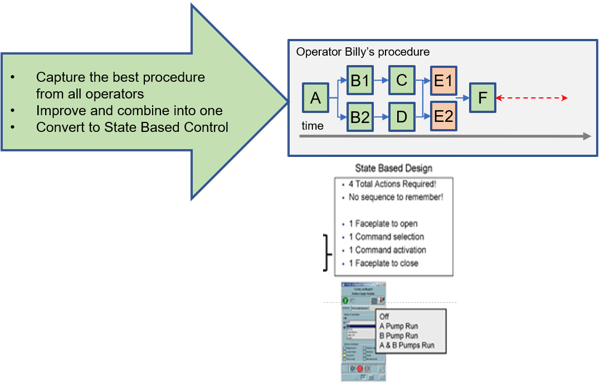 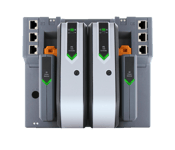 Towards that end, the engineers involved decided to implement the state based automation of these procedures using DeltaV’s PK Controller system.  The PK (PUMA) Controller includes an onboard OPC UA Server for reliable, fully secure integration with their other systems using industry standards.  Along with that selection, however, came another challenge - they needed to also integrate the PK Controllers into their existing Foxboro DCS system.

Communications with the Foxboro DCS controller was only possible via the AIM AT OPC Server.  However, the AIM server only supports OPC DA.  So the engineers needed an effective means of joining OPC UA and OPC DA server technology in a seamless manner.

After researching their options for integrating the two systems, the engineering team discovered the Cogent DataHub.  Since Cogent DataHub can act as an OPC Gateway, supporting both OPC UA client/server and OPC DA client/server interfaces, DataHub could easily connect to both the PK Controllers directly and to the Foxboro DCS controller via the AIM AT OPC DA server.

Further enabling the seamless integration of the OPC UA and OPC DA sides of the system, Cogent DataHub also includes fully configurable bi-directional point-to-point bridging, allowing the two systems to automatically share data changes as they occur.  Additionally, with an integrated scripting engine, DataHub also enabled the engineers to implement smart control of the connections to the OPC UA and OPC DA systems based on the current connection status.

So, for this project, the different layers were as follows:

This producer has seen substantial gains in plant performance after implementing this new system and methodology when comparing post-implementation production to historical production for the same period.  For example, one gas plant produced an additional 530 tons of liquid oxygen compared to the same period in the prior year.

Beyond just increasing production and reducing downtime, though, this new hybrid system joining OPC UA and OPC DA for state based control also improved the overall safety of the processes in the producer’s plants by reducing the human error factor.  And having a single application covering both systems has provided other incremental benefits including fewer integration points, less risk, a smaller cyber security attack surface and efficiencies from having fewer applications to maintain.

If the use case above is intriguing to you or you have another similar project and you would like to try DataHub for your own OPC UA and other integration projects, you can get a free trial of Cogent DataHub.  Click to Download Your Free Trial.